Funeral of Charles Irvine, 16 years, Roman Catholic, West Belfast, who was shot dead by British Army in disputed circumstances at the junction of Clonard Street and the Falls Road on 11th July 1975. The British Army claimed they were returning fire at two youths in a car whilst locals claimed that the car had backfired. At a later inquest a soldier gave evidence that the car had failed to stop when signalled to do so. A second youth, arthur McDonnell, also 16 years, who was injured in the same incident, died 19 years later as a direct result of his injuries. 197507130543a 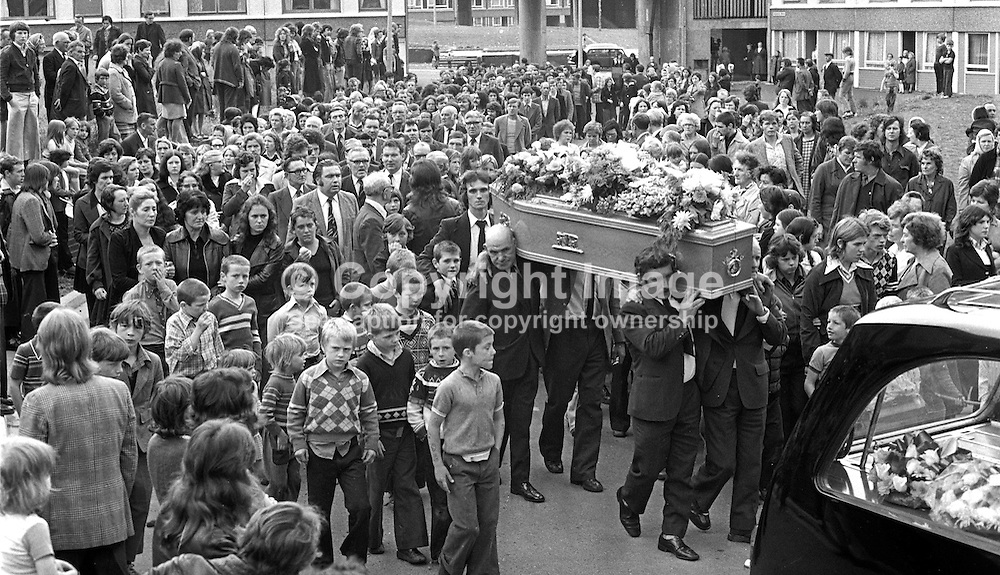