Liam Holden aka William Gerard Holden, 19 years, Ballymurphy, Belfast, N Ireland, who was sentenced to death for murder of a British soldier. He was convicted of the murder of British Parachute Regiment soldier, Private Frank Bell, on 17 September 1972. Holden was the last man to be sentenced to death in the UK as N Ireland still retained the death penalty at the time of his trail. Mr Holden had his conviction quashed by the Court of Appeal in Belfast, at the age of 58 on 21st June 2012. 197305000282a 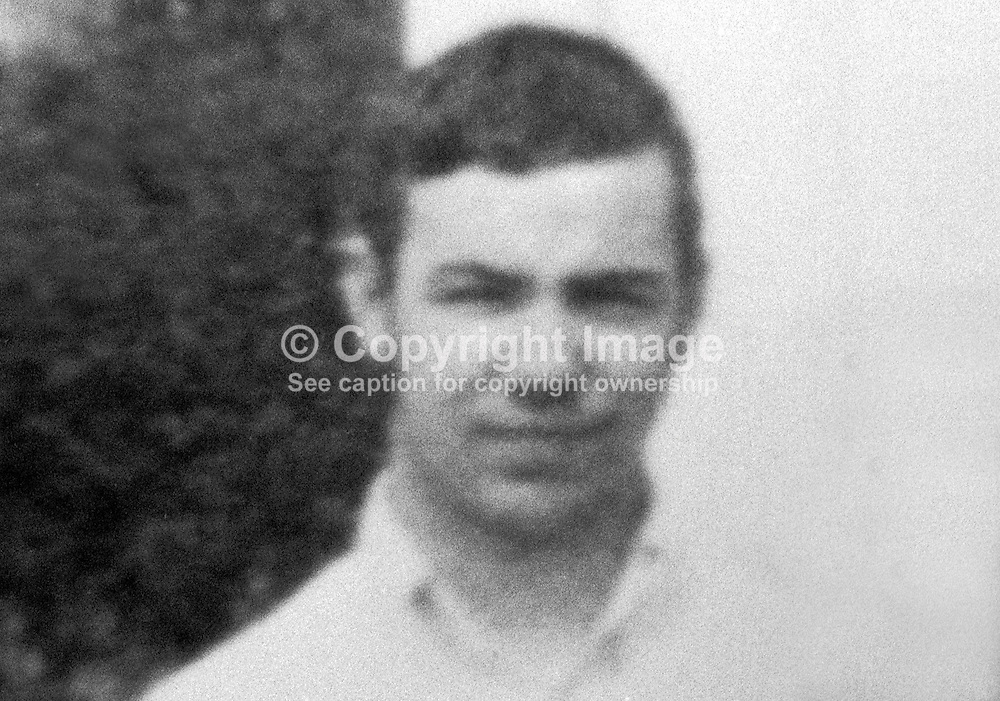