Scene of booby-trapped car explosion near Maghera, Co Londonderry, N Ireland, in which RUC constable, Noel Davies, died on 24h May 1975. The vehicle has been hijacked earlier in the day and abandoned on the Glenshane Pass where it was examined by Constable Davies and a colleague who on finding nothing suspicous decided to drive it the short distance to Maghera Police Station. Unknown to the officers the INLA, Irish National Liberation Army, had left a device in the car. As his colleague was driving away Constable Davies started the vehicle detonating a 15lb bomb which killed him instantly. 197505240455ND1. 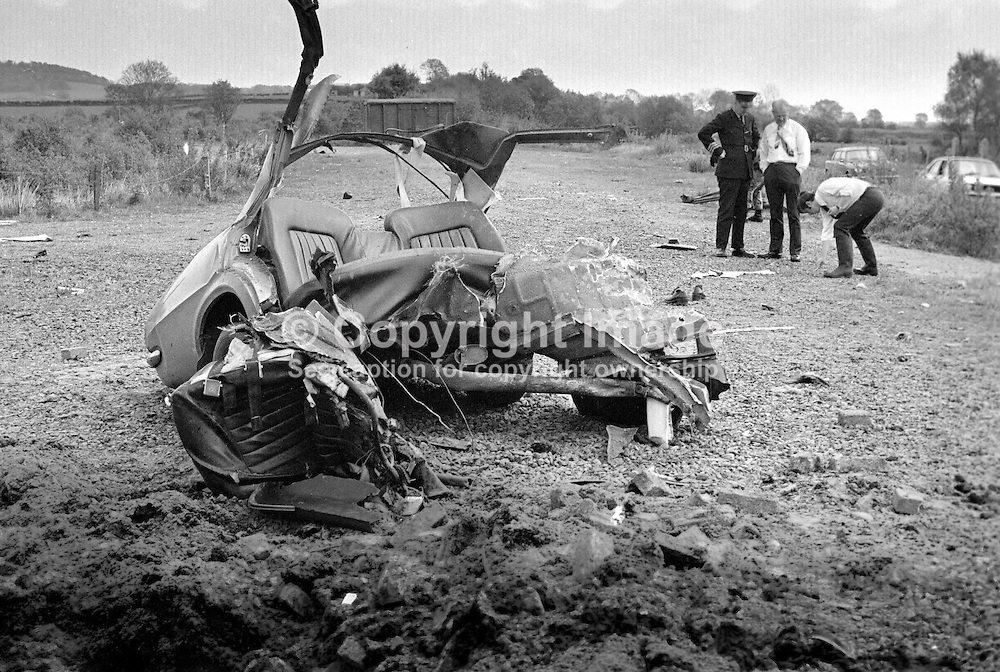