"Militiaman" in action with gun. During the American War of Independence the pacifist Moravians adopted a very neutral stance. However various militia were billeted there at the time and this is portrayed in frequent displays in Old Salem, North Carolina, USA - Although the Moravians had a presence in North Carolina from the 1750s the first buildings in Old Salem were commenced in 1766. The Moravians were religeous refugees from Bohemia in Europe. Bohemia is now part of the present Czech Republic. Since 1950 the town has been preserved to retain its character and old buildings were restored. Ref: 200304230096. 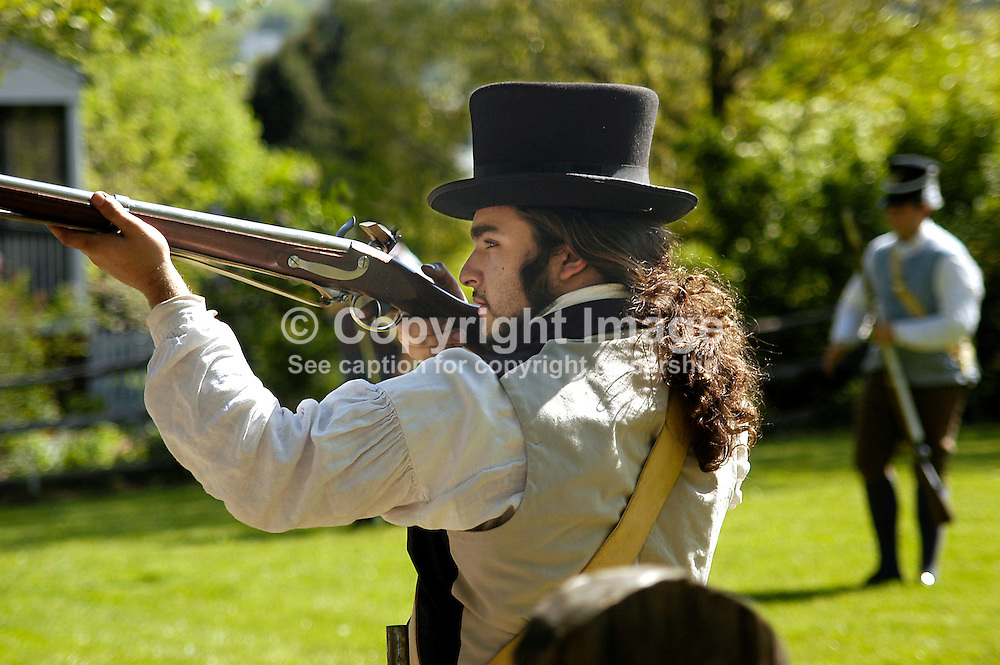