Ivan Cooper, Derry Citizen's Action Committee, DCAC, is tended by John Hume (right) after being injured in clashes which followed an Apprentice Boys of Derry parade in Londonderry on 12th August 1969. Just a year later both John Hume and Ivan Cooper along with Gerry Fitt were founder members of the SDLP, Social Democratic & Labour Party. 1969081201a 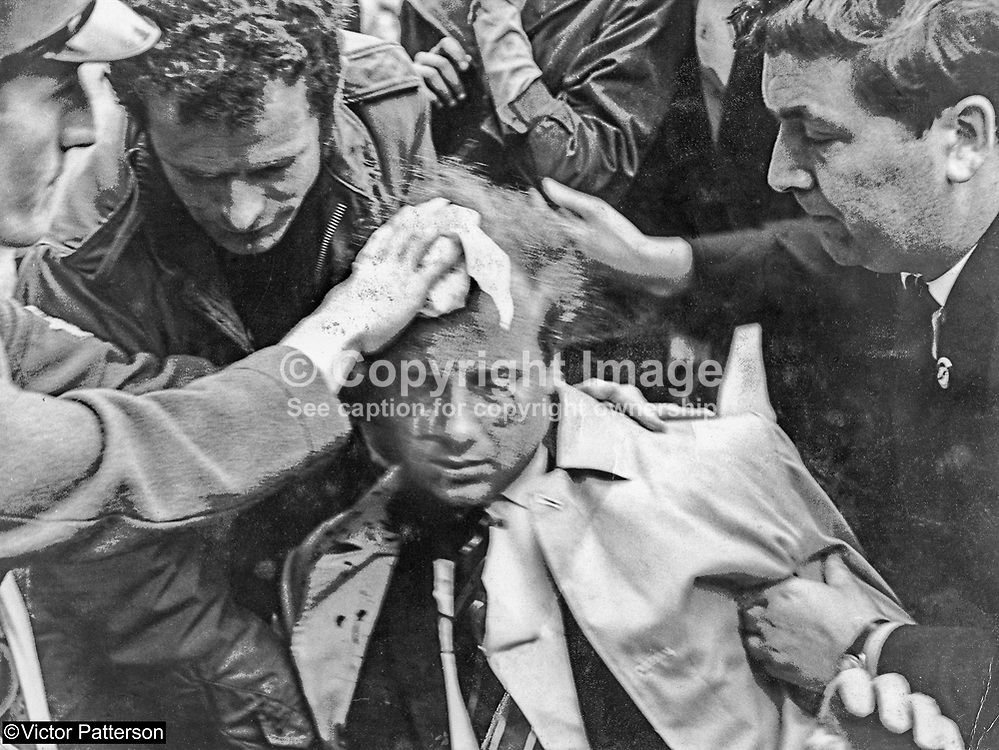