Lt Colonel Charles Millman, British Army commander in Londonderry, talking with Citizens' Action Committee members (from left) Sean Keenan, John Hume and Paddy Doherty. Millman assured Bogsiders that the army would protect them if they decided to pull down the barricades. He further said: There is no question of us departing. I am on a four month tour in N Ireland. 23 August 1969. 196908230001. 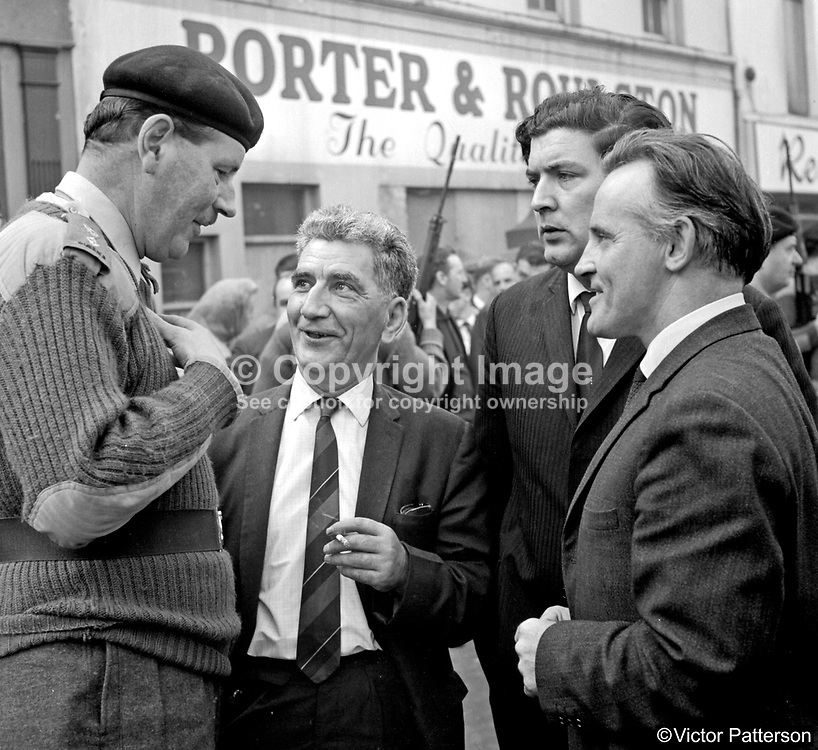