Inspector Peter Flanagan, RUC, Roman Catholic, from Omagh, Co Tyrone, who was shot dead, 23rd August 1974, in Broderick's public house in the town by the Provisional IRA. One of his killers was Sean O'Callaghan who later later became a security forces agent. 19740823462PF. 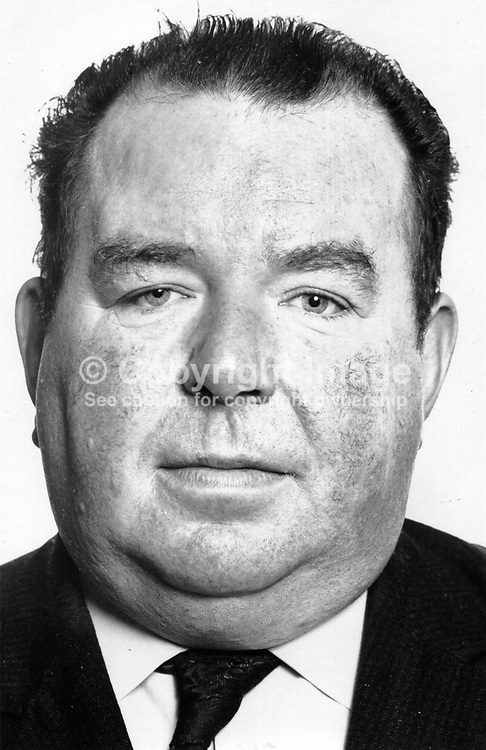