Brigadier Logan Scott-Bowden, commander, Ulster Defence Regiment, N Ireland, UK, taken January 1970. He retired as Major General Logan Scott-Bowden in 1974, after serving as the Colonel-Commandant of the Royal Engineers from 1975 to 1980. 197001000034LSB 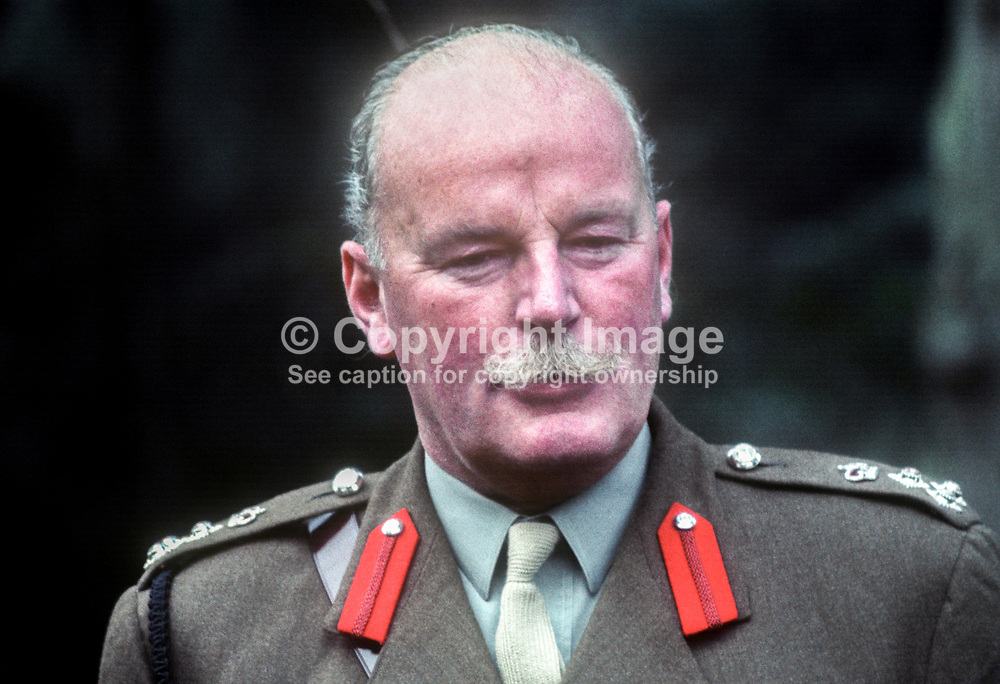