Owen Carron, election agent, Bobby Sands, speaks to the media after Sands' Fermanagh and South Tyrone by-election victory on 10th April 1981. Sands was the leader of the Provisional IRA's Anti H-Block campaign. He died a few weeks later on 5th May 1981. Also in the photo are Mrs Rosaleen Sands, mother of Bobby Sands, on the right, and Peter Martin, an American journalist on the extreme left wearing a grey polo neck sweater. 198104100070S3. 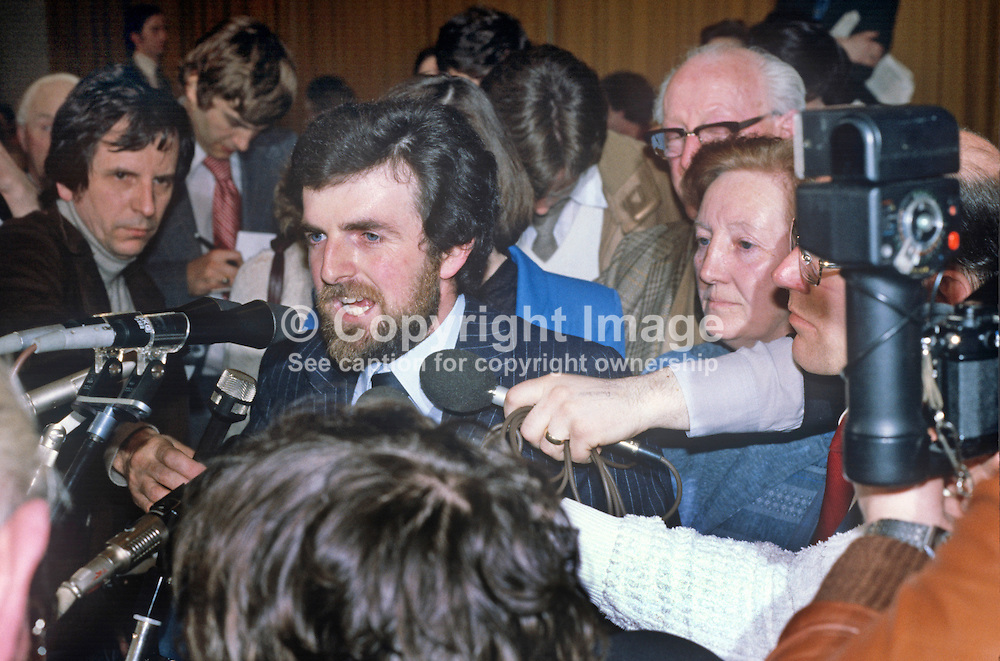