Police, RUC, Royal Ulster Constabulary, try to keep loyalist opponents of a N Ireland Civil Rights Association march apart in Londonderry on 29th March 1969. The civil rights march was the first that had been given permission to march within the Walled part of Londonderry. The march was very much opposed by Protestant Loyalists to whom the area within the City Walls is almost a shrine because of the famous Siege of Derry. The picture includes Detective Inspector Cecil Patterson, who died in a Provisional IRA gun attack in Belfast on 26th February 1971 & Billy Flackes, BBC political editor, 196903290141 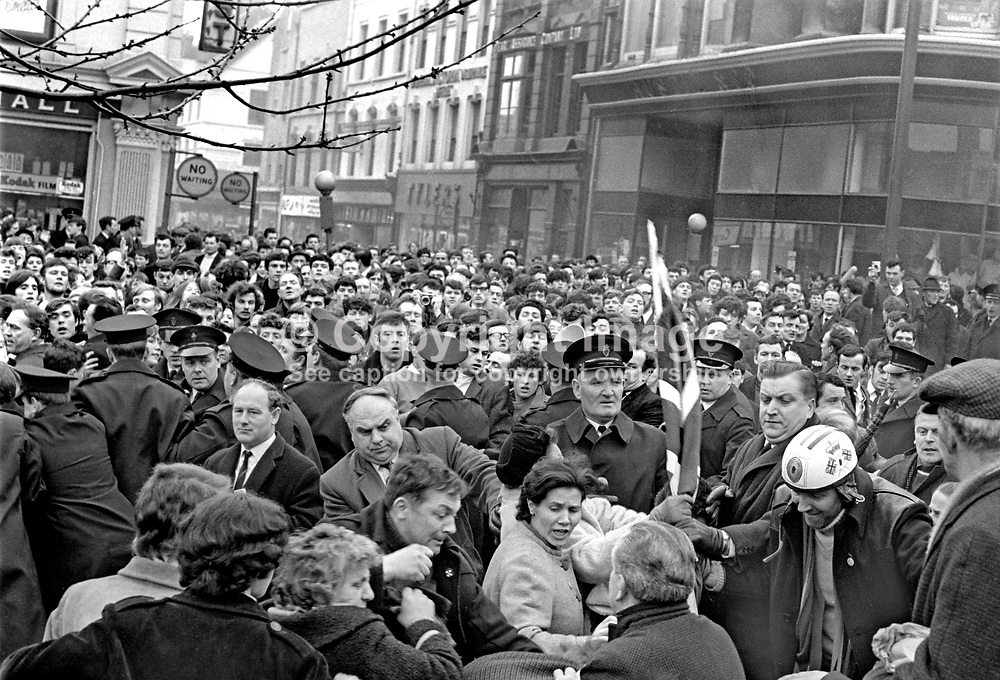