Michael Loughran, 18 years, Roman Catholic, from Cupar Street, Belfast, who was shot dead from a passing car which was later found burnt out in the Shankill district. Mr Loughran's half brother, Edward Eric Morgan, also died in the incident. Two teenage UVF members were convicted of the murder. One of them was Billy Hutchinson who completed a degree in town planning whilst in prison. On his release he became a community worker and later a prominent member of the Progressive Unionist Party. 197410210582. 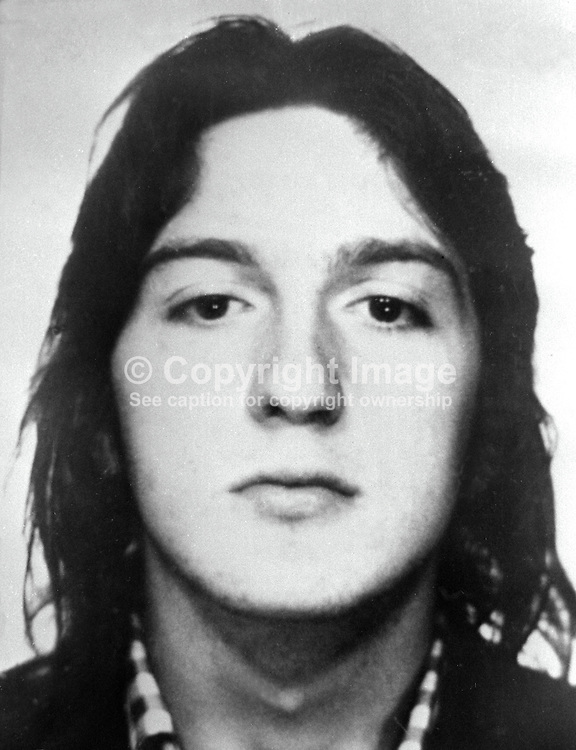