James Craig, candidate, Carrickfergus, Independent Unionist, in 1969 General Election to the N Ireland Parliament. He was defeated by the official Unionist Party candidate, Anne Dickson. He went on to become a founder member of the Democratic Unionist Party winning North Antrim in the 1973 N Ireland Assembly Election. March 1969, 196903000128 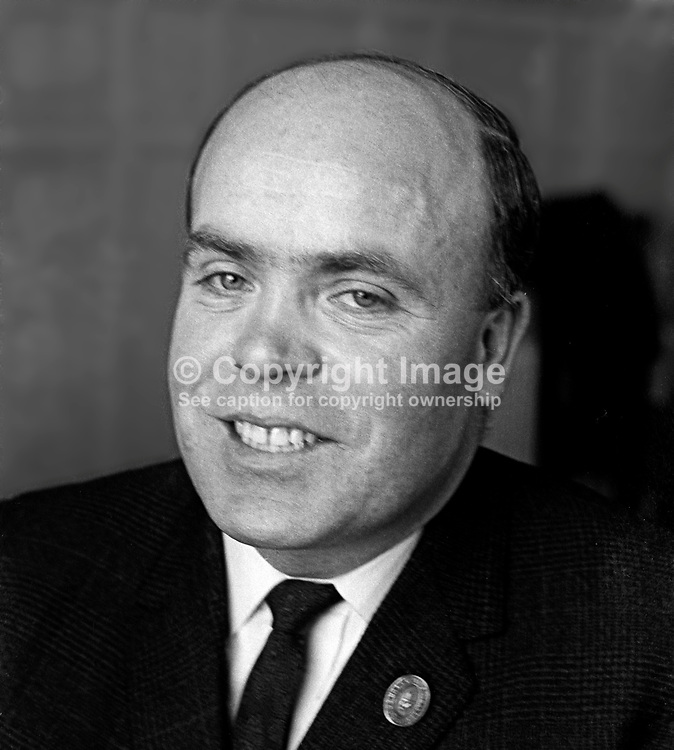