search results
Image 1 of 22
Next
Less

Raymond Carruthers, 50 year old Protestant, Orient Gardens, Cliftonville Road, Belfast, N Ireland, who was shot dead on his doorstep 12th March 1975. As Mr Carruthers had no political or paramilitary connections it is believed to have been in retaliation for the UVF killing a few days earlier of Michael Adamson, a 23 year old Roman Catholic, who lived in the same religeously-mixed area. 197503120556. 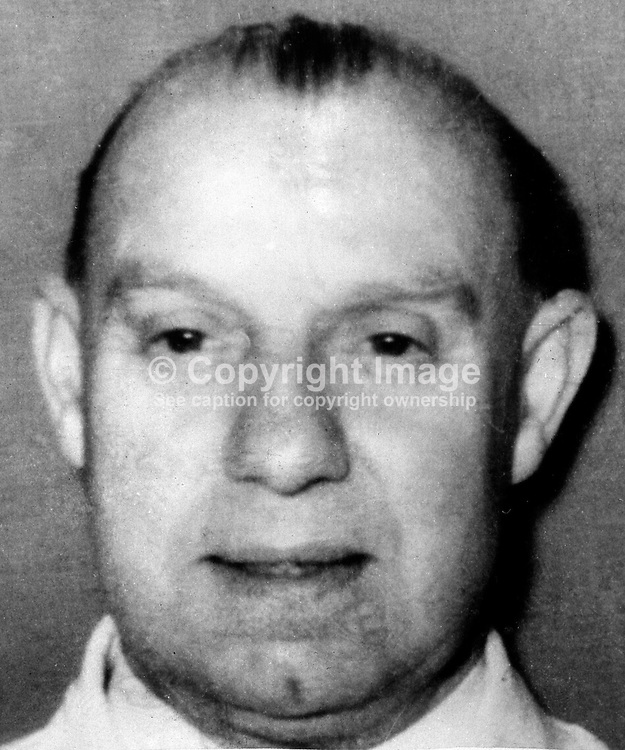