Scene of Provisional IRA explosion at British Army observation post two miles from Crossmaglen, Co Armagh, N Ireland, in which 2 soldiers died and 2 others were injured. The part-time post had been checked out for booby trap bombs but none had been detected. Two soldiers provide cover for the rescue helicopter which flew in for the dead and injured. The soldiers who died were Marine Michael Southern and Corporal Dennis Leach. 197408130442a. 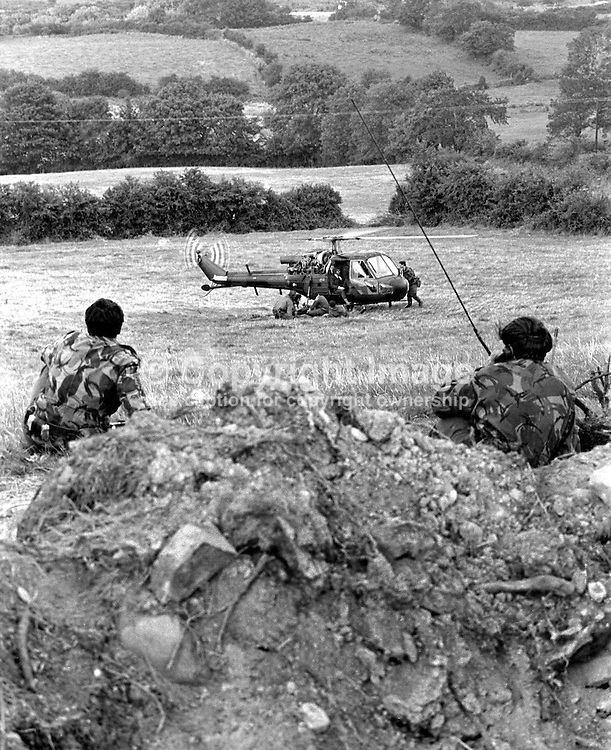